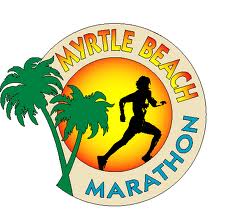 Marathons can be traced back to the battles of ancient Greece. It is from here that we get one of the oldest athletic events, with a rich heritage that marathoners take pride in. According to legend, once the Greek had won the battle with the Persians, known as the Battle of Marathon, a runner named Pheidippides was sent to spread the news in Athens. Pheidippides is said to have arrived in Athens, reported the news and then died from exhaustion soon after. The distance from the battleground to Athens was about 40 kilometers, which eventually evolved into the official distance of 42.195 kilometers for marathons of today.

The 15th Annual Myrtle Beach Marathon takes place on February 16, 2012. You can register online for the event. As in the past there will be the BI-LO Marathon, Dasani Half Marathon, RBC Bank 5K Run/Walk and Ripley's Family Fun Run going on all weekend with an post race party at the House of Blues on that Saturday for adults 21 and up. Register early for big savings and remember to check in at the Spirit Airlines Runners Expo. The marathon and half marathon will begin at the intersection of 21st Avenue North and Grissom Parkway. The 5K and Family Fun Run will start at Broadway at the Beach near Ripley's Aquarium.